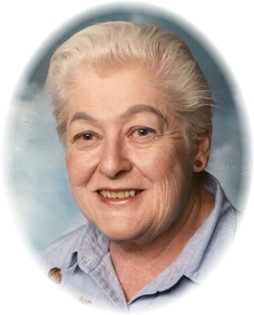 Memorial services will be 10:00 a.m., Thursday, October 4, 2012 at the Davis Funeral Home. A reception will follow at the Reach Clubhouse, 622 North 8th Street West.

Eila Jean Ellington was born April 14, 1938 to Roy and Nettie (Cagley) Elllington in Valentine, Nebraska. Ms. Ellington grew up in Valentine and graduated from Valentine High School. She attended Chadron State College where she received her Bachelors of Arts teaching degree in 1962. She earned her Masters of English degree from the University of Wyoming in 1974.

She began her teaching career at Riverton High School immediately following graduation in 1962, where she coached speech and debate and also directed school plays. Around 1973 she moved to Basin, Wyo. where she was worked as a librarian until 1980. She then moved to Cheyenne and was a staff writer for the Cheyenne Tribune; writing for the Arts section about symphonies, plays and various artists performing in Cheyenne. In 1984, she returned to Riverton High School as an English teacher until her retirement in 2003.

She was an active member of the Red Hat Society and the National Education Association. She was of the Methodist faith.

Her family said she loved to read, and had an extensive book collection. She especially enjoyed live theater and was a fixture at the Shakespeare festival when visiting her daughter in Boise, ID. This love for the arts and literature influenced her direction into teaching English at the secondary level. Earlier in life, her hobbies included oil painting and drawing. She also enjoyed working in her yard and a good cup of coffee with friends at the Trailhead Restaurant.

She is survived by her daughter, Samantha Hamilton and husband Tom and their daughter Harper of Boise, Idaho.

She was preceded in death by her parents; three brothers, Clayton, Clifford and George Ellington; and a sister, Jennie Ann Storms.

Memorials may be made to the Chadron State College Foundation in care of the Davis Funeral Home, 2203 W. Main Street, Riverton, WY 82501.