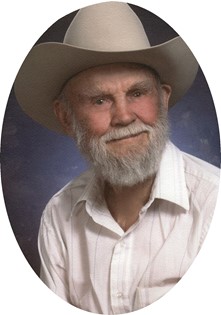 Guestbook 21
Funeral services for Jacob “Trapper Jake” Korell, 98, will be held 2:00 p.m., Tuesday, March 12, 2013 at the Fremont Center at the Fairgrounds. Interment will follow at Mountain View Cemetery. A viewing will be held 6:00 – 8:00 p.m., Monday, March 11, 2013 at Davis Funeral Home. Memorial contributions to the Wind River Heritage Center in care of Davis Funeral Home.

Jake was born April 22, 1914, in Lincoln, Nebraska, son of Heinrich Korell and Elizabeth (Ernst) Korell. The Korell family moved to Wyoming when Jake was 2. He grew up in the Lingle-Torrington area.

Jake was a colorful character from an early age. He started trapping at the age of 7 and continued until his death, a total of 92 years of trapping. His schooling was cut short due to his trapping of skunks; the odor making his teachers send him home, combined with the working of beet fields for his parents.

He married Martha Gradwohl on March 9, 1936, in Torrington, Wyoming. The couple moved to Fremont County that same year. They cleared sagebrush from the land, creating a working farm. Jake raised his family many ways; farmer and cattle feeder, quarter horse breeder, big game outfitter, taxidermist, and of course trapping and fur buying.

His greatest joy later in life was the Wind River Heritage Center that good friend Lew Diehl and he put together.