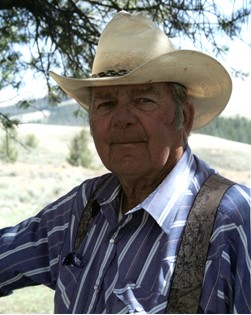 Guestbook 9
Al Pennock, 76, of Riverton died at his home on Sunday, April 21, 2013. As were his wishes, cremation has taken place. A memorial service will be held on Saturday, April 27, 2013, at Davis Funeral Home at 11:00 am. Pastor Aaron Justice will officiate.

Alvin Ray Pennock was born on January19, 1937 in Rawlins, WY to Charles Robert and Regna Beatris (Simms) Pennock. He spent his early years in Chugwater, where he graduated high school, then the family moved to Riverton in 1963.

He was a member of the Elks.

He married Sandra Jean Mundinger on February 19, 1994 in Riverton.

He worked as a cowboy, all different types of field jobs in the oil and gas industry, and finally he was a ditch rider for LeClair Irrigation District.

His family said he loved the outdoors, hunting and fishing. He also enjoyed doing art and craft projects.

He was preceded in death by his parent, Charles and Regna, and his son, Martin Pennock.

Memorials may be made to Amedisys Hospice in care of Davis Funeral Home.