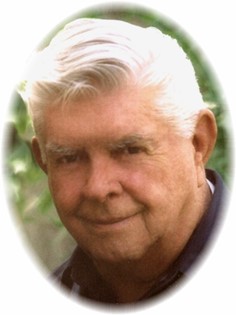 James “Jim” Ray, 83 of Riverton died at the Help for Health Hospice Home on Wednesday, July 31, 2013. Cremation has taken place, as were his wishes. A memorial service will be held on, Tuesday, August 6, 2013 at the United Presbyterian Church in Riverton at 10:00 am. Rev. Linda Norris will officiate. A reception will follow at the Fellowship Hall. Interment will be at the Crown Hill Cemetery in Powell, WY on Wednesday, August 7, 2013 at 1:00 p.m.

James Wallace Ray was born on April 24, 1930 to Herman Bruce and Blanch Rachel (Kolb) Ray in St. Clair County, IL. He grew up in Ferguson, MO and graduated from high school in 1949. He was very involved in their sports programs and lettered in every sport offered. He excelled at track and field as a runner and a javelin thrower but also participated in wrestling, basketball, football and baseball. He started weight lifting at home to get ready for football. Even though he was very involved in high school he still found time to participate in swimming and boxing at the local Y.M.C.A. and competed in the Golden Glove completion.

He joined the United States Navy in January of 1951. He served four years and was sent over seas during the Korean War, serving on the USS Badoeng Strait CVE-116. He was honorably discharged on November 29, 1954 in San Diego, CA.

After being discharged he worked for Emerson Electric and Ford Motor Co. in Missouri before starting his career with Mountain State Bell in Wyoming as a lineman. He started working in Powell then in Worland back to Powell then to Cheyenne before moving to Riverton in 1974. He acquired his Sr. Right-of-Way Agent Certification through Qwest ten years before retiring in February of 1990.

He married his wife of 58 years, Mary Lou Kittle on October 16, 1954 in San Diego, CA at the North Island Chapel. Together they had three children, Athena Lynn Ray, Wallace “Wally” Ray, and Martin “Marty” Ray.

Jim was involved with I.O.O.F. Lodge, the Rebekahs, and The Eagles Lodge in Powell. He was a life member of VFW Post #3628, American Legion Post #19, Fremont County Voiture Post #1437- 40-8, and D.A.V. Weldon D Moss Chapter #8 in Riverton, serving as post commander in each. He was a member of the Korean War Veterans Association in Rolla, MO. He volunteered as D.A.V. van driver for the past 15 years, and was appointed by the Governor and served several years on the Wyoming Veteran Commission. He was very instrumental along with Bill Willman in getting the Veteran Park in Riverton, WY.

His family said that he had a great sense of humor, enjoyed golfing, and above all, he loved taking care of veterans and others. He was honored by the Masons as Volunteer of the Year.

He was preceded in death by his parents; his grandparents; his sister-in-law, Margaret Ray; his brother-in-law, Marion E Kittle; and three nephews, Chris Ray, Larry Ray and Scott Allan Ray.

Memorials may be made to the Fremont War Memorial originated by Trindad Herrera, the Help for Health Hospice Home, or the United Presbyterian Church in care of Davis Funeral Home, 2203 West Main, Riverton, WY 82501.