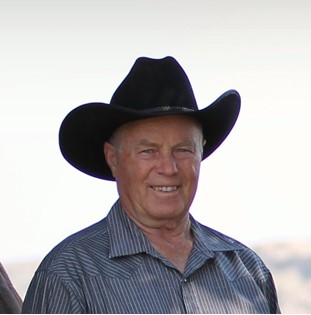 Guestbook 18
Robert Joseph “Bob” Bailey was born in Winner, South Dakota on Nov. 4th, 1942 to Robert E. and Lillian M. ( Wagner ) Bailey and passed to his eternal reward at his home on September 27 after a courageous battle with bone cancer. Bob grew up on the family ranch south and west of Dallas, South Dakota. He attended and graduated from Gregory High School, where he participated in all available sports, excelling in most and achieving State Star Farmer status in FFA. He attended Dakota Wesleyan College in Mitchell, South Dakota on a football scholarship. He married Bette Jean Robinson in October, 1961. To this union five sons were born. They moved to Omaha, Nebraska where he continued his college education. In 1964 they moved to Wheatland, Wyoming, where for a short time they owned and operated an implement business. The marriage ended in divorce in 1972. Bob went on to be a salesman, selling industrial snow removal equipment for many years living at times in Wyoming, Montana, Colorado, Idaho and South Dakota, but always considering Wyoming his home, moving to Riverton in 1989. He also drove trucks for BTI in the late 90’s to 2003. In 1979 he married Jodi Canfield. To this union, one son was born. They were later divorced. On May 3rd, 1980, Bob joined AA and spent the next 33 years helping people all over the country achieve the same state of sobriety that he so treasured and enjoyed. In 1985 he met and married Lori McCrillis. To this union one son was born. They later divorced. In 2000 he met and fell in love with Debbie Evans. In 2003 he went to work for Fremont School District # 25 working with handicapped children at Riverton High School as a paraeducator, winning the regional paraeducator of the year award in 2012. He continued to work in that capacity until shortly before his death.

Bob was a life long member of the Catholic Church and enjoyed and loved all of his family, family gatherings, hunting, fishing and football. Bob was an avid horseman, being horseback from an early age and remaining so until shortly before his death. He loved working brandings, riding in the mountains to camp and fish, rodeo and especially team penning where in 2005 he won a saddle for the “Pennem Up” 6 event series.

Bob leaves to mourn his passing; Debbie, the love of his life, six sons and one step-daughter: Jeff (Candi) of Moscow, Idaho, Jason of Denver, Colorado, Jim (Janine) of Longmont, Colorado, Joel (Anna) of Sheridan, Wyoming, Jeremiah of Durango, Colorado, Jacob of Watkins, Colorado, Shawna at home, his brother Ron (Lorri) of Dubois, ten grandchildren, eight nieces and nephews, and a multitude of friends and relatives all of whom will miss his infectious smile and willingness to help anybody with anything anywhere at any time.

Bob was preceded in death by his parents; son John; his brother Dick, and sister-in-law Linda.