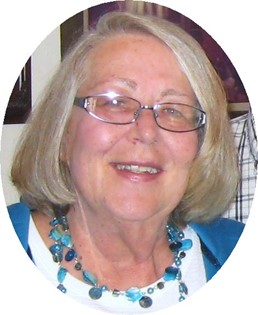 Guestbook 5
Wanda Lee McMullen, 67, of Oroville, California, died on Friday, June 27, 2014. Memorial service will be held at a later date.

Wanda Lee Fleak was born on June 18, 1947 in Lander, WY to Thaine Cooper and Violet Christine (Sterkel) Fleak. She was one of six children. She was raised in Riverton and graduated high school from Riverton High School with the class of 1965.

After graduation, she attended the University of Wyoming and Presbyterian School of Nursing in Denver, Co. earning her nursing degree. She entered the United States Air Force serving actively for four years and continuing on inactive duty until she was honorably discharged on October 21, 1987 as a 1st Lieutenant.

She spent her life in the service and care of others. She worked as a Registered Nurse from 1971 to 2014. She worked in various places including, Presbyterian Hospital in Denver, CO., March Air Force Base in Riverside, CA., Stanford Medical Center for Cancer Research in Palo Alto, CA., Oroville Hospital and Home Health Care both in Oroville, CA., and the Butte County Jail. She cherished the time that she spent with the soldiers returning home from their military service. Most of all, she loved being a nurse and caring for others.

She was a Christian. She was a volunteer in the Library at St. Thomas Catholic School in Oroville, CA until her son’s 8th grade graduation.

She belonged to the VFW and served as the Grand Marshall at the 2010 Veteran’s Day Parade, Honoring Women of Service, in Oroville, CA.

Her family said that she loved books and they were an avenue to escape into a world of imagination. She spent time writing in her journal, wrote poetry, worked crossword puzzles, enjoyed camping and loved the Ocean. While in nursing school, she wrote a “How To” book on the care and cleaning of baby girls while diapering, although it was never published, it was a gift of knowledge she passed on to those blessed with baby girls. Above all she loved and treasured the time she spent with her granddaughters.

She was preceded in death by her parents, Thaine and Violet “Vi” Fleak; her sister, Elaine Fleak; her grandparents, Bill and Orpha Fleak and George and Amelia Sterkel; her nephew, Aaron Fleak; and numerous aunts, uncles & cousins.

Memorials may be made to the Violet C. Fleak GED Scholarship Fund at CWC Foundation in care of the Davis Funeral Home, 2203 W. Main Street, Riverton, WY 82501.