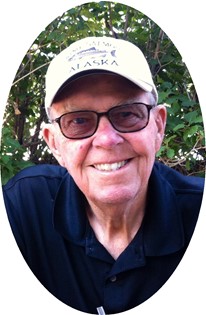 James David Matson was born on February 29, 1940 in Deadwood, SD to Burton J. and Ottelia (Green) Matson. He was one of three children and raised in Spearfish, SD where he graduated high school. He attended the University of South Dakota where he earned his Bachelor of Science in Education. He earned his Master of Education from Black Hills State University in 1972.

He was of the Episcopal faith and served on the vestry of St. James Episcopal Church.

He was a private business owner of Matson Sporting Goods from 1965 to 1970. He was the principal of the high school at Buffalo, SD from 1970 to 1974. He then made the move to Wyoming and settled in Riverton where he was the Assistant Principal of Riverton Junior High from 1975 to 1980. He then left the education profession for five years and worked as the Human Resource Area Manger for Well Tech, Inc. After being away from education, he returned to be the Assistant High School Principal of Riverton High School until 1987 when he became the Principal at Jackson Elementary School until his retirement in 2003. He made a difference in many children’s lives and he loved being around all of them.

Right before he moved to Riverton, he married the love of his life, Maureen White in Spearfish, SD on May 31, 1975. After moving to Riverton not only was he involved with education but was a very active member in the community.

He was a past member of the Elks Club and Lions Club. He was a current member of the Masonic Lodge, was a Shriner, was involved with the Wind River Visitors Council, on the board of Trustees of Central Wyoming College, and just retired as the chairman of the board of Riverton Regional Airport.

He loved golfing, fishing, hunting, volunteering for all sorts of sports activities, was a member of the MNF Club with his fellow football lovers, and enjoyed telling stories of living in SD. Above all his family was his first and the most important thing in his life.

He is survived by his wife of 39 years, Maureen Matson; his daughters, Erika Frounfelker and her husband Jason of Bozeman, MT, Robyn Trandahl and her husband Tom of Wright, WY, and Shelley Chryst and her husband, George of Palo Alto, CA; his grandchildren, Keller, Gillian, Grace, and Jackson; his brother, Charles Matson and his wife, Barbara of Mountain Home, ID; his sister, Jane Davis and her husband, Tom of Wellington, CO; brother-in-law, Jeff White and his wife Cindy; and several nieces and nephews.

He was preceded in death by his parents, Burton and Ottelia Matson.

Memorials may be made to the Children’s Shriners Hospital, Friends of Hospice (Frontier Hospice) or Donors Choice in care of the Davis Funeral Home, 2203 W. Main Street, Riverton, WY 82501.