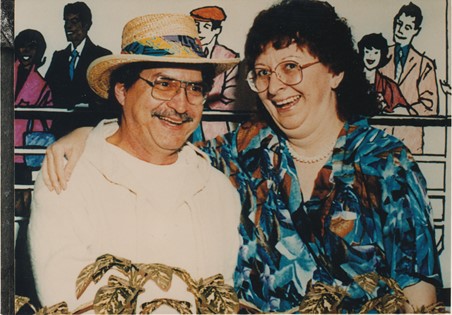 Joe is survived by his older brother, Pete Cassinat, and his children, Shelly Ann and Reuben Ritthaler; Joseph (Pepe) and Barbara; John and Jan; Tony and Cindy; and Eric and Susan. Joe had 19 grandchildren, 19 great grandchildren and many nieces and nephews. In addition, he will be sorely missed by his fellow adventurer, Judy Johnson; and close friend Mike Powell; and many other friends and distant relatives.

Joe was born May 31, 1933, in Rawlins, Wyoming. Before starting school he traveled with his family between Arroyo Hondo, New Mexico; Tacoma, Washington; and Rawlins, Wyoming, where he graduated from Rawlins High School in 1951. He attended the University of Wyoming, where he married and started a family while earning a Bachelor of Music in 1956. Joe taught school in Nebraska then returned to UW earning a Master’s Degree in Secondary Education in 1962. After teaching from 1963 to 1965 in several locations, the family settled in Riverton, Wyoming, where Joe taught music. Sadly Joe and Alice separated and then divorced in 1967. Alice moved with the children to start a different life.

For several years Joe taught music and fixed band instruments. In 1975, he took a leave of absence from teaching to attend Western Iowa Tech Community College, where he officially learned Musical Instrument repair. In 1976, he opened Joe Cassinat’s Music Store in Riverton. In 1977, he left teaching behind and with Jerrie Kant operated the music store and fixed band instruments from his home which he named Fort Horn. In 1995, Jerrie passed away and Joe sold the music store. He continued to repair musical Instruments until about 2010 when he retired. Around 2013, he started volunteering in the Riverton Middle School Band Class. After a few months the principal told Joe he could not be a volunteer anymore, and instead he was put on the payroll at $12.50/hr. Joe got a kick out of this because it was more money than he had made when he first started teaching full time. Joe said “It felt like the coach put him back on the Varsity Team at age 80.” Teaching, mentoring, and counseling music students were his life’s calling and passion.

Joe was also an avid golfer, finish carpenter, and business man. While in high school he built picture frames for many of the photos and paintings of the famed wild mustang, “Desert Dust”. He earned many awards for singing, teaching, and community involvement. However, his most cherished activity was being able to attend each Riverton High School and All Class Reunions over the last 50 years. Joe was not sure he would be able to attend the 2020 reunion, due to his treatments for a malignant brain tumor, but he made it.

The Family would like to thank the nurses and staff at both Frontier Health and Wind River Rehabilitation and Wellness for their kindness and selfless work taking care of Dad in the final weeks of his life. A celebration of life will take place in the spring of 2021. Both Covid-19 and impending winter travel have caused the delay of this event.

In lieu of flowers the family ask that memorials be made to Tough Enough Cancer Fund in care of Davis Funeral Home, 2203 West Main Street, Riverton, WY 82501.