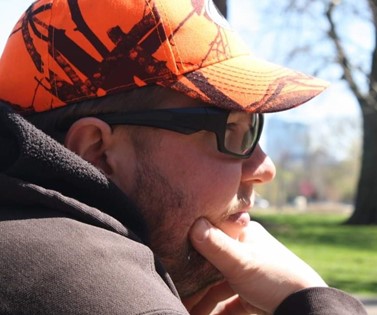 Dallas Jacob Mitchell was born on August 22, 1992 in Torrington, WY to Darrell Mitchell, III and Randi Santistevan. He grew up in Gillette, WY where he was in Boy Scouts. He was on the high school swimming team and graduated from Campbell County High School with the class of 2010. After graduation he moved to Riverton, WY.

Dallas was baptized into the Church of Jesus Christ of Latter-day Saints.

He worked as a lead welder for Wasatch Rail Repair in Shoshoni, WY.

Dallas loved his family, welding, mechanics, doing things with his hands, taking things apart and putting them back together, camping, hiking, playing Play Station, going to Thermopolis, and taking a yearly vacation somewhere. He also drove and worked on Derby Cars.

Kelsey would like to say that “Dallas was the only one who could make his kids roll in fits of laughter and he may have been one person to the world, but he was my person”.

He was preceded in death by his great grandparents Ernie and Alma Lemons; and uncle, Chris Santistevan.

Memorials may be made to the Riverton Volunteer Fire Department in care of Davis Funeral Home, 2203 West Main Street, Riverton, WY 82501. Flowers sent to Davis Funeral Home for his service would also be appreciated.