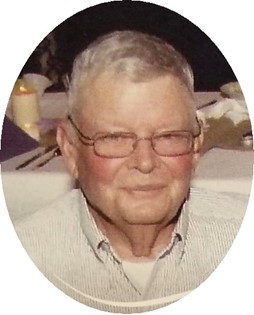 Guestbook 13
Hearley Dockham, 79, of Pavillion passed away at Sage West – Riverton Hospital 0n May 13th, 2021 surrounded by his loving family. A funeral service will be held at 2:00 pm on Tuesday, May 18, 2021, at the Pavillion Rodeo Arena followed by a reception at the Recreation Center. Burial will take place at 11:00 am on Wednesday, May 19th, 2021, at the Bondurant Cemetery.

Hearley Robert Dockham was born on January 20, 1942 in Jackson, WY to Billy Robert and Eileen Mae (Fronk) Dockham. He grew up on the family ranch in Bondurant and attended grade school there. He spent his first two years of high school at Pinedale High and the last 2 years at Jackson-Wilson High School where he matriculated with the class of 1959. While in high school he served as the manager of the Jackson-Wilson ski team. He then went to the University of Wyoming where he earned his Bachelor of Science in Agriculture. While at the University of Wyoming he was member of the Sigma Phi Epsilon fraternity. During his college years he took 6 months off to go to Scotland as part of the International Farm Youth Exchange Program which sparked his later interest in raising sheep.

On June 27, 1965 he married Joyce Holgerson in Pine Bluffs, WY. They would have celebrated their 56th anniversary this June. Together they raised their children Dan, born in 1967, Dorothy born in 1969, and Jenny, born in 1974.

In 1970 he and Joyce moved to Pavillion. In 1971 they moved to their current residence on West Pavillion Road and started their own ranch. While he was establishing his ranch, he worked for Midvale Irrigation as a ditch rider for several years.

Once the ranch was established Hearley became very active in the communities all around Fremont County. He served one term on the school board for Wind River School District, was an active 4-H leader for many years, served on the Pavillion Recreation Board and was instrumental in getting the rodeo arena and the recreation center built. He also served as the treasurer for the Cougar Athletic Club for many years. He joined the High Plains Power Board of Directors in 1996 when it was still RVEA and continued to serve until his death.

Hearley’s family always came first. He never missed an activity any of the kids were involved in from 4-H to sports. He volunteered many times to drive the school bus for the Wind River Ski Club on their adventures to Jackson Hole. His love for the community was such that he continued to follow the sporting events at Wind River even after his kids had graduated going to many basketball games and wrestling events. He loved his sheep and his dog a close second to the family.

He was preceded in death by his parents, Billy and Eileen Dockham.

In lieu of flowers, memorials may be made to the Pavillion Rec Center or Cougar Athletic Club in care of Davis Funeral Home, 2203 West Main Street, Riverton, WY 82501.