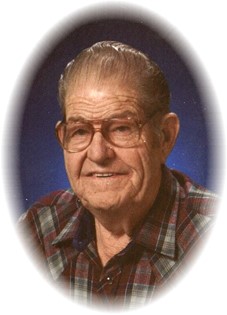 Guestbook 2
Funeral services for William B. "Bill" Carlson of Riverton will be at 10 a.m. Friday, Jan. 16, at Trinity Lutheran Church of Riverton. Pastor David Magruder will officiate and interment will follow at Mountain View Cemetery in Riverton with military honors by the Wyoming National Guard.

He served with the U. S. Army during the Korean War and had lived in, and owned his home in Riverton for 42 years.

Mr. Carlson was a member of the Lutheran faith and the Trinity Lutheran Church in Riverton.

He owned and operated motels in Wyoming, Colorado, Missouri, Texas, and Nebraska for 42 years.

He was a member of the local Veterans of Foreign Wars Post and the American Legion.

His family said Mr. Carlson enjoyed working with rocks in lapidary, loved his home, ice cream, and enjoyed lunch and supper at the Trailhead in Riverton.

He was preceded in death by an infant brother and his parents.