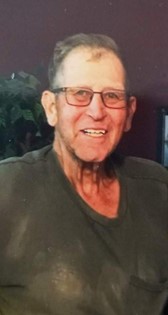 Guestbook 15
Burnayse “Bernie” Neff passed away Tuesday, March 1st at his home in Lander, Wyoming. His granddaughter Jessie Jamerman came down from heaven to show him the way. Burnayse was surrounded by his wife and loving family.

A memorial service will be held at 10:00 am on Wednesday, March 9, 2022, at St. Margaret’s Catholic Church in Riverton, WY. Inurnment will follow at Mountain View Cemetery.

Home for Burnayse was the Neff Family Ranch at Hiland, Wyoming were they raised sheep. His first job away from the family was herding sheep for a neighbor making .25 cents a day.

Burnayse attended one room school houses until he entered into High School. He boarded in Casper with the Lathrop family during the week. He would do chores in the morning and evening to pay for his room and board. He would hitchhike back and forth from Casper to home every weekend. He graduated with the class of 1952.

During his life time owned and worked a dairy farm in Lynden Washington, ran a family ranch in Sundance, Wyoming and also worked at Home Stake Logging Company out of Deadwood, South Dakota, he also worked on different ranches throughout the state of Wyoming at different times of his life. He was a derrick hand and motor man for oil rigs in Crook, Natrona and Fremont Counties, and for Unit Trucks in Utah as a certified welder.

In 1974 Burnayse and Tucky moved to Burnays’s family ranch and started a sheep ranch of their own. They worked side by side to become successful ranchers. They would trail their sheep to summer pasture on the Sun Place on Poison Spider Road. They would then trail them back to the ranch before trailing them to farms in the Riverton area for winter pasture. At one point they were running 3,000 head of sheep.

In 2000 Burnayse and Tucky decided to “retire” to their home in Riverton. For him retiring meant stop ranching and setting up a srap metal business. He help clean up many areas in Fremont County. Since that was not work enough he then started creating and selling metal artwork. His children have many of his creations displayed proudly in their homes.

He was proceeded in death by his parents, Brother Marion, and Granddaughter Jessie Jamerman.

Flowers are very appreciated by the family.

Burnayse’s family will keep him in their hearts with love and remember him everyday.