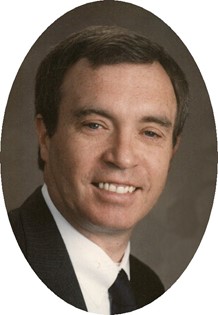 Funeral services will be at 10 a.m. on Wednesday, Nov. 11, at Trinity Lutheran Church in Riverton with Pastor David Magruder officiating.

All who knew Jim appreciated his kindness, courage and insight. He had a life well lived, adored by his wife and beloved by his three children.

He was a selfless lawman, avid outdoorsman, endless adventurer, faithful servant of God, and a loyal friend to all.

Joseph James Nethercott was born on July 22, 1948 in Jackson, to George Joe and Norma Beryl (May) Nethercott.

He graduated from Jackson-Wilson High School with the Class of 1966. He received his Bachelors degree from Utah State University in December of 1970 and on the same day was commissioned as 2nd Lieutenant in the U.S. Army, being stationed in Fort Lewis, Wash. He received his Masters Degree from the University of Wyoming in May of 1980.

Mr. Nethercott served various Wyoming communities in law enforcement, until completing his law enforcement career as Captain for the Fremont County Sheriff's Department in 2000. He later was case manager for the Wyoming Honor Farm until his retirement.

Mr. Nethercott was born and raised in Jackson where his pioneering family settled long ago, he grew up surrounded by his brothers and countless cousins exploring and hunting the Jackson Hole valley. Following in the footsteps of his father, Jim was a professional hunting guide for many years, taking off the first quarter of college every year to guide and earn his way through school.

While in Jackson, Jim met and married his wife Judy on April 18, 1971. She was his best friend and remained at his side throughout their life together. Jim’s greatest pride was his three children, whom he provided endless love, support and encouragement, never doubting their abilities. He was and will continue to be a guiding inspiration to his family.

Mr. Nethercott thoroughly enjoyed having deep discussions on the topics of the day with his numerous coffee club friends, whose friendships he deeply treasured.

He was also a member of the Ducks Unlimited and the NRA.

He is survived by his wife of 38 years, Judy; son, Todd and his wife Sally of San Diego, Calif. and their son, Cannon; son, Troy and wife Slavka of The Netherlands and their son Alex; daughter, Tara Nethercott of Cheyenne; his father, George of Logan, Utah; four brothers, Phillip and wife Susie of Millville, Utah, Wesley and wife Shaun of Detroit, Mich., Jay of Moab, Utah, Dennis and wife Karen of Jackson; mother-in-law, Ardyce Wright of Riverton, and brother-in-law Steve Wright and wife Pam of Springville, Utah; numerous nieces and nephews, extended relatives and many friends.

He was preceded in death by his mother; brother, Steve, and father-in-law Mervin Wright.

Memorials may be made to the Trinity Lutheran Church or Trinity Lutheran School or a charity of the donors' choice, in care of the Davis Funeral Home, 2203 West Main Street, Riverton, WY 82501.

Mr. Nethercott was a man of great discretion, always valuing the two most important things in his life, his faith and his family. Every day he will be deeply missed by his wife and children and all those who adored him, especially his wisdom and warm embrace.