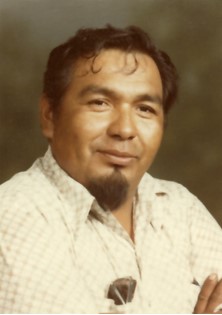 Traditional Native American services are at 10 a.m. on Thursday, Feb. 3, at the family home, 50 Miller Lane. Harrison Shoyo and Arlen Shoyo officiate. Interment will be in the Blackburn Cemetery. A wake starts at 7 p.m. on Wednesday at the family home.

Jimmy Blackburn was born in Fort Washakie on May 25, 1939, the son of Basil and Mary D. (Brown) Blackburn and had lived all of his life at Arapahoe. He attended school at St. Stephen's, Busby Indian School in Montana, Rocky Mountain Tech College in Thermopolis, WY, and RETC in Roswell, N.M.

Mr. Blackburn was a school bus driver for the St. Stephen's and Wyoming Indian schools for many years. He had worked throughout Wyoming as an underground miner. When he was younger, Mr. Blackburn worked for Farmers Union Co-Cop and for U.S. Plywood for several years.