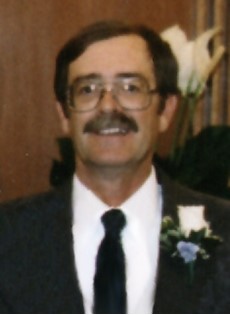 Funeral services are at St. Margaret's Catholic Church in Riverton at 10 a.m. on Saturday, March 12, with the Rev. Father David Erickson officiating. Interment follows at Mountain View Cemetery in Riverton. There will be a rosary at 4 p.m. on Friday, March 11, at the Davis Funeral Home of Riverton with viewing to follow at 5 to 6:30 p.m. on Friday.

Donald James Blair was born in Newport, R.I., on Jan. 17, 1956, the son of LeRoy James Blair and Darlene Helen (Dillon)Blair. The family moved to Nebraska for a short time, then to Rawlins where they lived until moving to Riverton in 1970, where he attended high school. Mr. Blair was a truck driver for Sinclair Trucking Division for the past 10 years and had worked for several trucking companies in Wyoming. He had managed theaters in Riverton and Cheyenne before entering the U.S. army in 1975. He served with the Army in Germany for four years, 1975-1979

His family said Mr. Blair enjoyed fishing, hunting, spending time with his family and friends, and enjoyed his pets very much.

He was preceded in death by his parents, LeRoy and Darlene Blair, and a brother, Pat Blair. Memorials may be made to the Disabled American Veterans, in care of the Davis Funeral Home, 2203 West Main Street, Riverton, WY 82501.