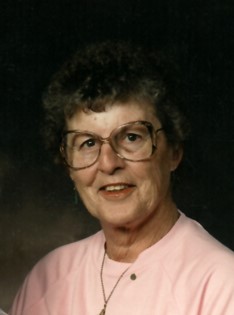 Guestbook 6
Barbara F. Wagner died at her home in Riverton on Wednesday, March 9, 2011, at the age of 82. Cremation has taken place and private family services will be held at Union Cemetery in Bakersfield, California, June 3rd at 3:00 p.m.

She was a homemaker, having married Albert E. Wagner on July 3, 1967, in Jackson.

She had been a resident of Riverton since September of 2006, coming here from Dubois where she lived for nearly 40 years. Prior to that, she lived in Riverton from 1965 to 1967 and various other communities in California and Washington state.

Her family said she enjoyed looking for arrowheads, hunting, fishing, mushroom hunting, and being the life of the party.

Mrs. Wagner was of the Christian faith.

She was preceded in death by her husband, Albert Wagner, and a daughter, Ruth Thompson.

Family contact information is also available through the funeral home.