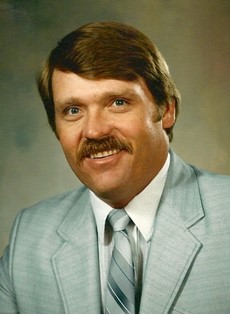 Guestbook 15
A memorial service celebrating the life of long-time Riverton resident Peter J. Barton, Jr., will be held at 11 a.m. on Thursday, June 30, at the United Methodist Church in Riverton. Burial will follow at Mountain View Cemetery in Riverton. Mr. Barton died on Friday, June 24, 2011, at the Help for Health Hospice Home in Riverton, after a long battle with cancer. He was 62. Peter J. Barton, Jr., was born in June 6, 1949, to Betty (Watson) and Peter Barton, Sr., in Billings, Mont. He was graduated from Riverton High School in 1967 and enlisted in the U.S. Navy, serving in the Vietnam War. Upon returning from military service, Mr. Barton worked for his father's construction firm, Peter J. Barton and Sons. In the early 1980s, he started his own construction company, Barton Construction, and retired in 1998. His family said he taught his sons the love of the mountains, hunting, and good Western cooking. Mr. Barton was past president of the Riverton Lions Club, and a member of the B.P.O. Elks Lodge, Back Country Horsemen, and the National Rifle Association. His family said he loved the mountains as well as back country packing with horses, hunting, playing poker, and cooking for friends. Mr. Barton is survived by his sons, Peter J. Barton, III, Travis J. Barton of Riverton, Randall James Barton of Fort Collins, Colo.; one daughter, Farrah C. Barton of Palo Alto, Calif.; several cousins. He was preceded in death by both of his parents; one brother, James Randall Barton, and several aunts and uncles. Memorials may be made to the Help for Health Hospice Home in Riverton, in care of the Davis Funeral Home, 2203 West Main Street, Riverton, WY 82501. On-line obituaries are available and condolences for the family may be made at: thedavisfuneralhome.com Services are under the direction of Davis Funeral Home of Riverton.